Why capitalism is broken and how we can overthrow it

Ready to Join Us?

Our society is in crisis. While coronavirus has caused the tragic loss of thousands of lives, it has also revealed the deep flaws in our neoliberal capitalist system. Together, the grim legacy of austerity, privatisation, and decades of assaults on workers’ rights, is making itself felt in the interlocking crises we now face.

The climate crisis, health crisis, economic crisis, employment crisis: each demand that we take a radical step away from the existing political and economic order.

But how did we get here and how do we overthrow this broken system? Where does our power lie? What can we learn from historical and present progressive movements? And what does a radically transformed, democratic and just society actually look like?

This unique four-part lecture series will explore these vital questions, and provide you with a foundational understanding of how our society has been organised over the last four decades, why this is, how it is flawed, and how we can resist it.

This political education programme is open to all, whether you are a member of the party or interested in learning more, and kicks off on a weekly basis on Wednesday 20 January 2021 at 7pm.

what will i learn?

By the end of the series you should be able to:

> Give examples of how people powered movements have resisted and impacted on this agenda, from trade unions to social movements

> Recognise how and why the issues we face today are interlocking, where our power lies in order to transform the system, and where Green politics fits into all of this

Below, you can read short summaries on what each session will cover:

This session will set out the history of how neoliberalism as a distinctive form of capitalism emerged and displaced the ‘post-war consensus’ as the dominant economic order across the world. It will explain how privatisation and austerity along with deregulation are its core features, and the impacts of these policies firstly on the global south before ‘coming home’ to the core capitalist nations. The post-2010 acceleration in the UK has created countless examples of neoliberalism’s impact on the lives of current Young Greens that will be drawn on. Finally, it will explore Mark Fisher’s concept of ‘capitalist realism’ or the situation where the status quo has become so embedded that people don’t notice it, or can even imagine an alternative system.

It will briefly cover how neoliberalism has shifted attitudes on how people relate to government and social change - the shift from citizens to consumers, to be revisited in session 2.

Part 2: The changing state of democracy in the UK

This session will encourage participants to think about how democracy in the UK obscures the realities of where power lies (‘if everyone can vote, why does the government seem to always benefit the rich?’). It will show how many of the issues of modern democracy in the UK are rooted in the history of how it developed from an imperial nation state.

It will then explore the essential role of radical working class movements in the fight for democracy, and how such struggles were fundamentally rooted in left politics.

It will move to the modern period by looking at how the political system is designed to serve the interests of a minority, drawing on examples from Part 1 (e.g. privatisations), and how as popular consent in the system fails the elite have ruthlessly shifted the goal posts to stay in power. Finally, we will discuss the current growth in independence movements in Scotland, the North of England and Wales as inevitable result of people seeking an ‘exit’ from a British state that is nakedly not working for most of us.

Part 3: People power! How we change the world when we work together

This session will show how it’s not just elites who make history, and how popular movements have created the society we have today. People said as early as 1850 that a Parliament only has power to declare as official an already changed society - it cannot overturn an existing order by itself.

Exploring working class movements for democracy to the struggle for trade unions, we will challenge the myth that women were given the vote as a ‘reward’ for WW1, and that the threat of revolution has driven big steps forward for justice. Exploring the astonishing community mobilisation during the crisis of the 30s, it will make the case that grassroots movements made the taming of capitalism after WW2 not just possible but essential.

But it was at the height of working class power that demands for liberation of women, LGBTIQA+ and people of colour exploded. Rather than hippy decadence, these were organic demands for the radical democratisation of society.

While session 1 looked at Thatcher’s economic revolution, here we look at the broader goals: putting the people back in their box, reasserting hierarchy, and smashing alternative sources of power that could challenge the state.

Finally, how have Black Lives Matter and the climate strikers changed society? What do we need to do for these movements to win?

Case studies to be drawn on: Mitterand’s France in 80s, post-neoliberal Latin America

Part 4: Bringing it all together - envisioning a radically just and transformed society

So what does all this have to do with Green politics? And what do we actually mean by a radically transformed society?

Almost all ideologies engage with environmentalism in one way or another - but what makes our politics distinct? For us, unrestrained capitalism has brought our species to the brink of disaster. Just 100 companies are responsible for 71% of human CO2 emissions.The status quo impoverishes hundreds of millions while burning the planet. We believe the planet can sustain all of our basic needs in a society that values people above profit.

This final session will introduce ideas like eco-socialism and social ecology, and why any environmental politics that neglects where power lies is doomed to failure. We’ll look at how radical democracy is the solution to both the climate crisis and ending systems of oppression, and why that means we need to build people power right now.

why should i join?

The Young Greens is here to empower a generation of young people to build a society that is radically just and equal.

But first we need to get educated.

In order to change the world around us, we need to understand it and how we got here. Only then can we find the routes to achieving radical change.

Whether you are new to the Green Party and just finding your feet in politics or a long time member looking to develop your own understanding of power, society and Green politics, this series will be the perfect place for you.

With plenty of additional resources and further learning opportunities available following each session, you will be able to take this programme as far as you like, building your knowledge in the areas and at the pace that’s right for you. 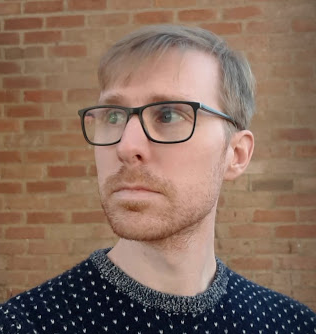 Sam Coates is currently based in Cardiff, and has spent many years working at the forefront of campaigns pushing for a radical and progressive transformation of society.

This includes spending four years as Campaigns and Digital Officer at Unlock Democracy building a movement to demand democracy in the UK, and delivering radical training programmes for the student activist network, People & Planet as their Activism and Events Manager.

Alongside this, he is a longstanding member of the Green Party, a former co-chair of the Young Greens of England and Wales (2011-2013), and was a Green Party County Councillor in Oxfordshire between 2013-17.