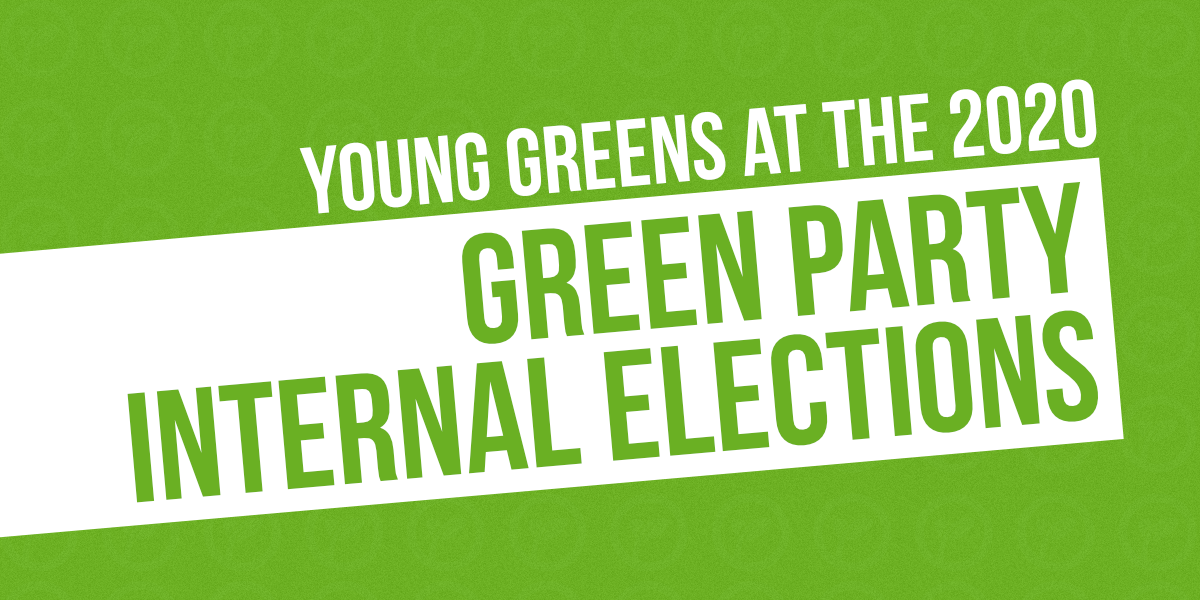 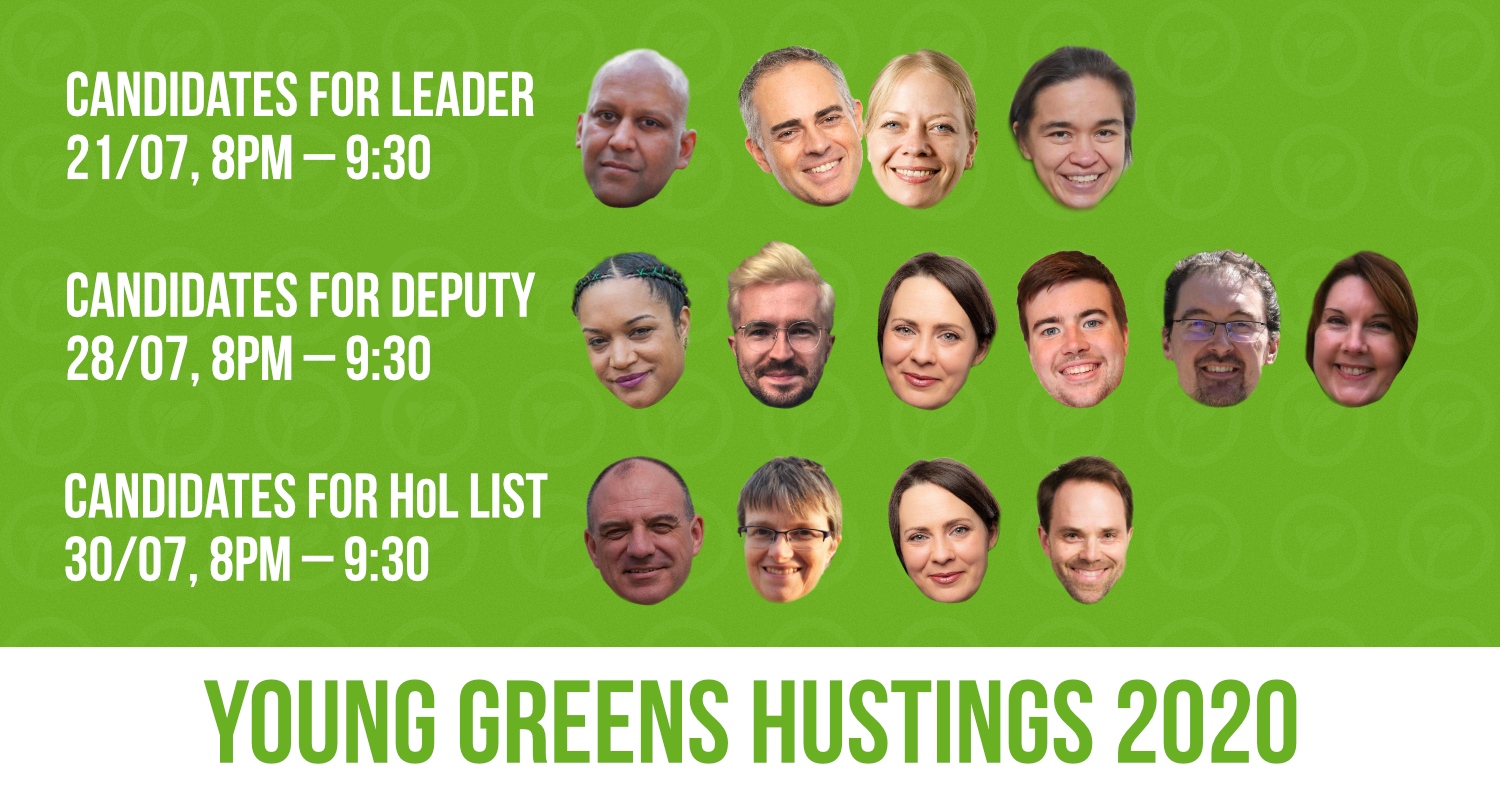 Through the election, we'll be making sure Young Greens have the chance to hear from candidates and question them on matters important to us.

Young Greens-only hustings for the leadership elections will be held:

We'll also be asking candidates in the House of Lords list elections to set out how they'd represent young people and students in Parliament at their own hustings:

For the GPEx elections, we'll be asking all the candidates to answer questions relevant to the Young Greens, and we'll publish their written responses here in July.

WHo's being elected, and how can I get involved?

We particularly encourage Young Greens to stand in these elections to help ensure that our governing bodies are diverse and include young voices. If you're interested in standing, all the details, including the rules and instructions on getting on the ballot paper, are available on the Green Party member's site.

If you're thinking of standing and want advice or information from people who have experience on GPEx, contact our co-chairs Tom and Rosie – their details are here.

There are four sets of elections taking place:

First, we're electing a new leadership team. Leadership elections take place every two years, the last being in 2018, when the current team of co-leaders Sîan Berry and Jonathan Bartley, and deputy Amelia Womack was elected.

There are also gender balancing rules to ensure diversity. A co-leader team must be of different genders, and if co-leaders are elected the deputy can be any gender. If one leader is elected, the two deputy leaders must be different genders.

Second, we're electing a new batch of co-ordinators to GPEx, the Party's executive committee. According to the Party:

GPEx is made up of elected representatives and exists to ensure the decisions of Conference are carried out; to ensure the proper use of expenditure and raising of funds to support the work of the Party; to ensure that the Political Strategy is implemented; and to act as employer of staff and line manage the CEO through the Chair.

The role of elected members is to champion a particular area of business, working with Green Party staff, to deliver on agreed objectives and to account back to the Party membership on the outcomes.

Read more about GPEx in this document.

Role descriptions for each post can be viewed here.

Members standing for GPEx need 10 nominators and, unless GPRC give them special permission, must have been in the party for 2 years.

Third, there are elections to PDC, which has 5 elected members (plus GPEx's Policy Development co-ordinator, who convenes PDC). The role of PDC is to ensure 'that motions brought to conference are the best they can be', for example by accrediting motions. They also can make minor updates to our list of policies, Policies for a Sustainable Society (PSS), and (with GPRC) allow the Party's Political Committee to make urgent additions to PSS between conferences.

PDC's role is quite technical, and you can read more about their duties in the Party's constitution.

Finally, we'll be voting to create an ordered list of candidates for the House of Lords. If the Greens are offered another peerage, the person at the top of the list will join Natalie Bennett and Jenny Jones in the upper chamber, and a new list will be voted on.

Nominations for this election has already closed, having taken place last year.